Putting Out Fires with Gasoline – Supply Chains During Covid-19.

Putting Out Fires with Gasoline – Supply Chains During Covid-19 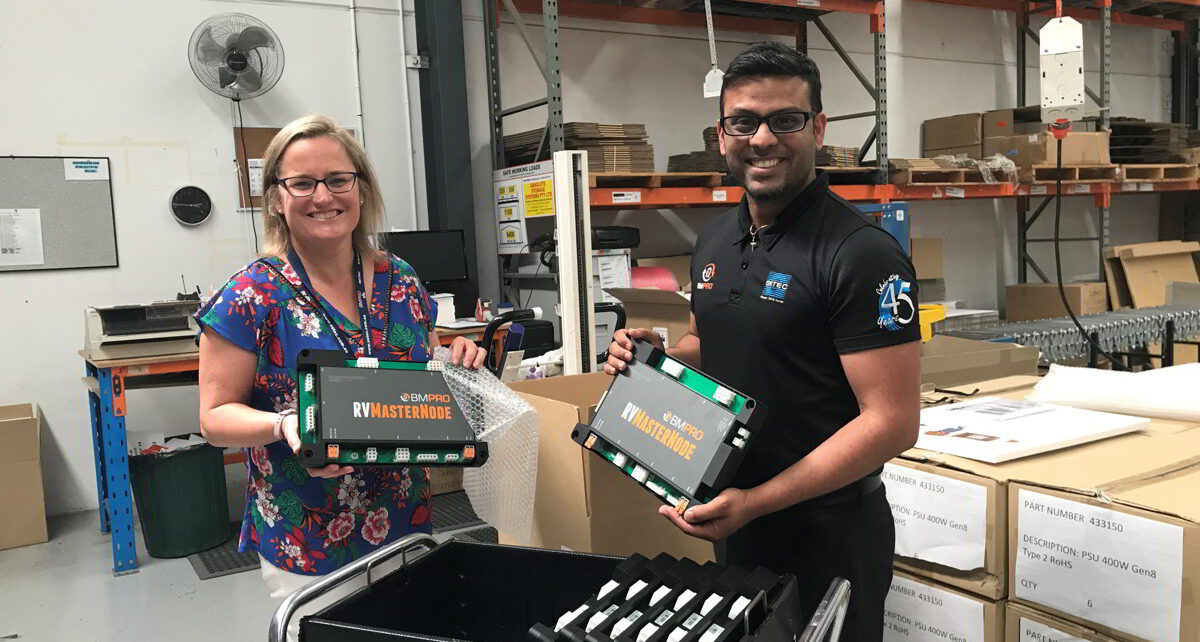 Navigating the Changing Dynamics of Supply Chains through COVID: A CEO’s perspective

As a CEO in a manufacturing business that spans more than fifty years, I know the balancing act that goes into guiding and leading a company. A successful enterprise always stands ready to redesign systems and operations in accordance with the current environment, and Setec is no exception. Our history proves a deft ability to remain competitive and strong.

In the time now known as pre-COVID, it’s reasonable to say that most industries were cognisant of potential risks and how to mitigate against them. The risk of a natural disaster and its impact to business was well understood. Mitigating the risk of a misplaced shipment was equally recognised. Such potential risks were written into a business plan, ready for action in the event of such risks unfolding.

It is, however, a fairly safe assumption that no business plan included a risk mitigation strategy arising from a once-in-100-year pandemic. No one saw this coming.
And when we did see the virus creep across the seas in the early days, many believed it to be an isolated incident. Customers called for stock in substantial quantities, stockpiling materials to get through what was considered a small blip to trading. It was hard to gauge the full impact.

There is no doubt that COVID has left businesses scrambling. It’s increasingly difficult for CEOs and business owners to brainstorm the next risk point. There is a constant element of second-guessing, an ever-present need to be vigilant and agile against the next wave of coronavirus; its insidious threat vastly affects the supply chain across the globe, largely due to individual countries and their respective governments reacting with varied tactics. At a business level this takes decision-making out of our hands, held instead at the whim of governments, often with little transparency exhibited to industry and communities alike. And the ripple effect caused by these government edicts brings significant pressure to business owners as we struggle with a vagueness to supply chains. Routes that were previously known and reliable are now unknown and unreliable. Materials that might previously arrive within three or five business days can now take two weeks, sometimes three, as carriers are forced to alter routes to cross borders and enter countries in severe lockdown.

The challenge this presents to CEOs lies in a persistence to attempt to keep one step ahead; a resistance to accept the status quo. This might take the form of asking the ‘What ifs’ regarding supply chain routes and ensuring the leadership teams ask them, too. It might be as simple as safeguarding multiple sources for your own suppliers or recognising alterations to the movement of your goods.

Additionally, CEOs are placed under pressure just to keep the shingle above the door. We are left with little choice but to make more conservative decisions regarding investments, raw materials, and supply chains, all with a reduced revenue. Strategic planning and forward-thinking initiatives, seeking growth opportunities, have been paused to focus on something that is wholly unpredictable. It’s like we’re putting out fires with gasoline.

However, even during this insecurity Setec is proud to be able to serve our customers. Throughout the pandemic, we have navigated blindly, in uncharted circumstances. We’ve split shipments to customers: one section by plane, one by truck, determined to get across the border and into our customers’ warehouses. We are privileged to maintain long-standing relationships with multiple suppliers of particular raw materials, leaving us the option of being able to use different sources as needed. We have invested heavily in building stock so we are equipped and ready to supply our customers consistently and at their need.

There will always be gaps, particularly in the current climate, where plans slip and fall. But agility in leadership demands a necessity to rebalance the business. At Setec, we focus on building rapport with our suppliers, customers and people. I believe it is through the channel of connections that we’ve weathered the most unpredictable and volatile risk in our time.