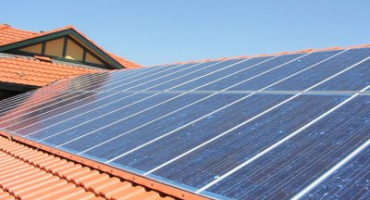 Over the past 5-10 years, the renewable energy market has experienced a roller coaster of a ride. This is particularly evident in countries including Australia, where a lack of long-term planning and strategic vision from our government has seen the renewable energy industry (in particular the Solar PV sector) experience highs and lows that have made building a sustainable business extremely difficult.

In the Solar PV market, the vast majority of products are imported from overseas, however the industry is built around SME’s (importers, designers, installers etc.) that are one of the largest contributors to employment and government revenues for this sector. While we are expecting to see a mild decline in installations of Solar PV in 2013 followed by a levelling out of the market, we also anticipate that many smaller businesses will be forced to move into other industries due to a lack of government support.

The 2009-2012 period saw an unsustainable solar industry growth rate which was fuelled by State Government incentives such as Feed-in-Tariffs (FITs) and a range of poorly planned policies. None so poorly planned as the recent FIT cut and then backflip by the Western Australian government who obviously panicked by the large budget hole their FIT has created when combined with diminishing mining revenues. Only four days after the legislation change was announced and following significant public and party backlash, this decision was reversed.

It’s no secret that Australia’s short term policy making has led to uncertainty in the renewable energy market.  From FIT reductions, CEFC funding removal, the reduction of federal Renewable Energy Credit multipliers (REC’s), changes to the carbon tax, and a wavering lack of support for our nation’s Renewable Energy Target (RET) – this volatile market is longing for a sense of stability.

In the lead up to the Australian Federal Election, Setec CEO, David Bayliss, predicts the real debate is just beginning to brew as he questions – “Is Australia doomed to continue its uncertainty in the renewable energy market in the face of policy void or will we receive the stability required to enable Australia to flourish as a renewable energy world leader?”

Don’t forget to sign up via our website footer link to receive the latest  energy news straight to your inbox!