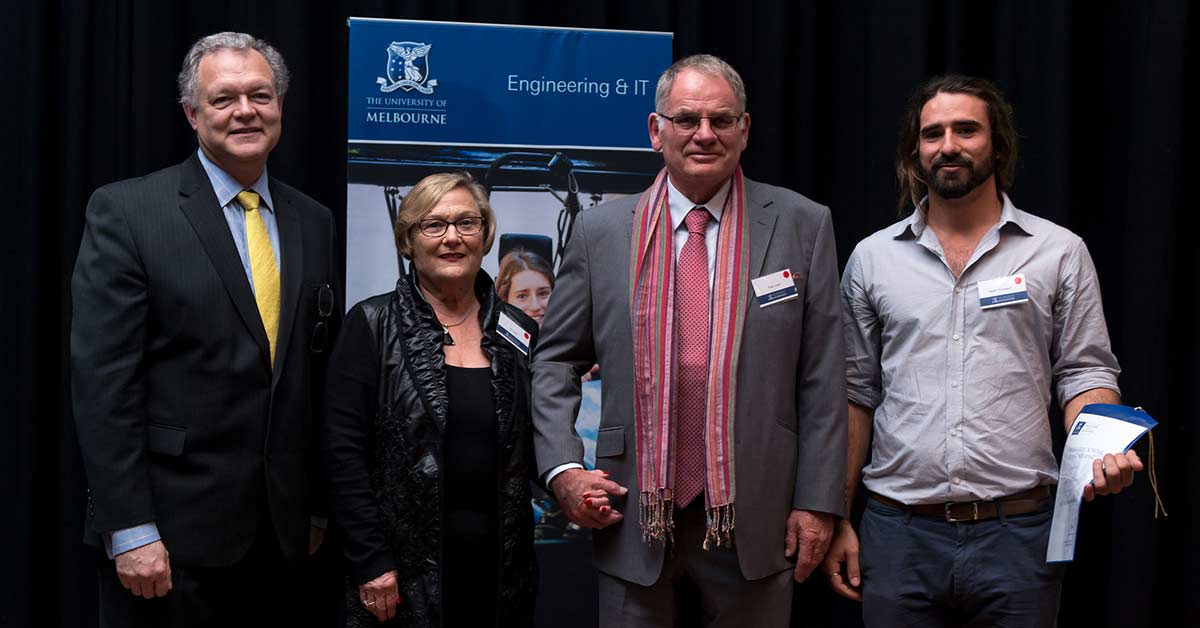 As innovators in electronics, Setec are proud supporters of young leaders and engineers. One of the company’s multiple initiatives in fostering innovation is the Setec Peter Lloyd Scholarship. The scholarship is offered to students of Melbourne University studying the Masters of Engineering (Electrical) in their final year of the degree.

Setec’s founder, Peter Lloyd, developed an early passion for electronics engineering while working at an Australian manufacturing firm. After completing his degree, he worked for several organisations, including the innovative environment of the Commonwealth Scientific and Industrial Research Organisation (CSIRO). From his early years as a university student he understood the needs of young specialists and was determined to make a difference to the brightest of them.

The scholarship was established in 2016, and since then three students have been awarded with financial support in  their final year of studies.

First receiver of Setec Peter Lloyd Scholarship, Martin Thompson, received an award in 2016. Martin showed interest in nano-scale design, including the design of prosthetic limbs (biological interfacing and control) and efficient energy systems. Currently Martin is a research assistant at University of Melbourne and also a co-founder of a Melbourne Medtech Startup Lenexa Medical.

In his statement of appreciation to Setec, Martin says: “…I believe scholarships like this are of great importance to the young aspiring engineers of the future, and consider Peter Lloyd and his creation of SETEC as an example of how graduate engineers can achieve great things.”

Second receiver of the scholarship, Sam Barrett, who, similar to Peter Lloyd, had work experience in electronics design firms, thanked Setec with the following words: “I’ve only got one year to learn as much as I can before starting my career as an electronics engineer – and this scholarship will help me enormously by allowing me to focus completely on my studies”.

Third receiver of the award, Michelle Yan, will be the first engineer in her extended family, and she hopes to one day give back to Australian society like Setec has done. Michelle’s passion, similar to Setec, is circuit design and power systems. The company is excited to support and encourage female engineers and believes it should be more women in engineering in Australia. Setec is a company with highly diverse workforce and trusts this is one of their secrets of success in innovation.

By supporting young engineers the company contributes to the growth of Australian engineering and electronics – the industry which brought to life Setec itself.