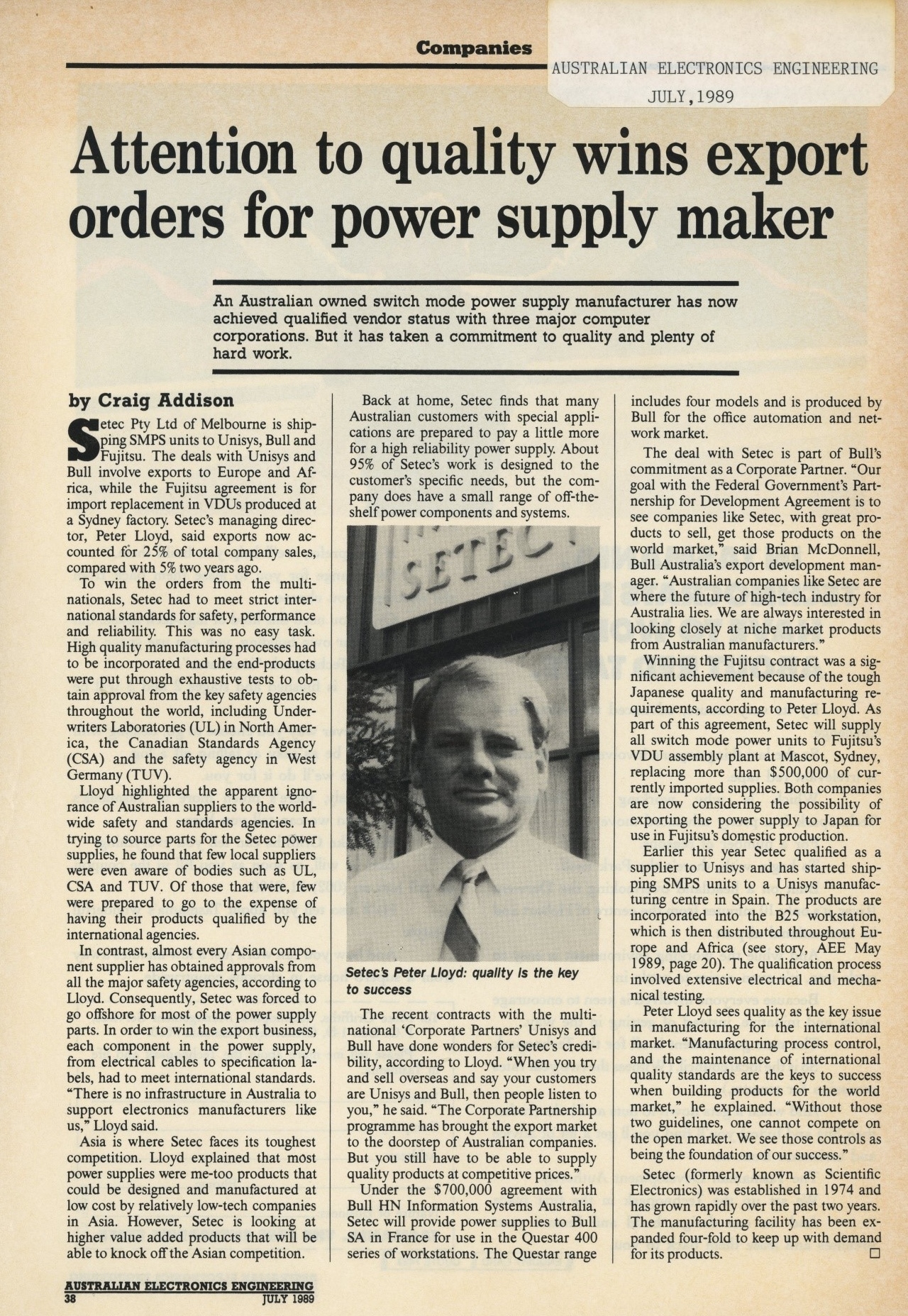 Potential for new business in the United States was rising and by 1985, Scientific Electronics had gained its first international safety approval, ready to leap into the global market. Peter appointed an American company representative, based in San Francisco, as interest in their products, particularly in units 250W and higher, was great.

In 1986, Peter and Jill had come to realise that many of their customers found the name Scientific Electronics misleading. The company was custom-designing power supplies in high volume quantities for overseas businesses for over two years, and so the decision to rebrand was made. On the 1st July 1986, the company became Setec. 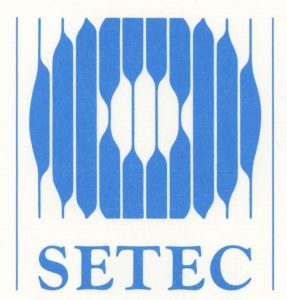 1986 was a big year for Setec, it won a large contract to provide the power supplies for Unisys’ Australian market. By the next year, Unisys approached Setec to provide the power supplies for its worldwide market. This was massive boon, and an opportunity that Peter did not want to let pass. However, Unisys placed a caveat: the company had to match the cost of the unit produced by the existing manufacturer for Unisys, based in Hong Kong. For Setec, this meant cutting the cost of their product by more than half.

Rather than giving in, or losing quality of product and a worldwide opportunity, Peter and the team at Setec took the challenge on. The lower cost of the unit for Unisys was achieved without compromising on the quality. The units were eventually shipped to Spain and USA for Unisys worldwide distribution. Around the same time, Setec was approached by a French computer manufacturer, Bull-France, to purchase the same units.

The team at Setec rightly congratulated themselves for this windfall. Peter Lloyd had established around him a highly expert group within the Research and Development Team. The staff worked hard for Setec, finding a sense of achievement and pride in watching the manufacturing process from design and development, to creation and output.